Why Can We Trust the Bible? 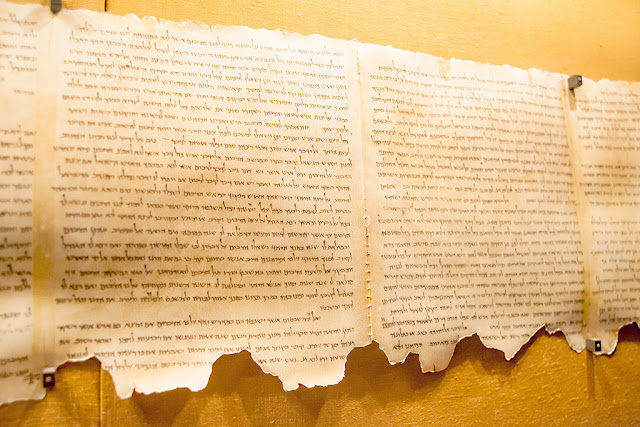 “What often passes as ancient history turns out to be dramatic representations of what the writers thought may have occurred. And yet one cannot examine the wars and battles of antiquity without reference to these accounts. The modern historian studying Greek and Roman military history is a prisoner of the ancient texts. … Unfortunately, some of the information contained in those texts is unreliable, biased, incomplete or even false.” -Richard Gabriel


It turns out that many of our sources of knowledge of the ancient world were either seeking to teach moral lessons through their stories or to entertain their audience with dramatic stories of perfect great men of history. Most surviving documents are far from eye witness accounts having been written several hundred years after the event referencing the words of previous historians whose writing have been lost to time.

The most recent book of the Bible was written two thousand years ago. The most recent, but far from the oldest. These books predate the printing press. They predate photography and video and any other form of verification we can think of. There are no witnesses still alive we can question, no paper trail to follow, no DNA to compare, not even an original document to analyze.

Even beyond the authenticity and accuracy of the original documents, how do we know that we don’t have a heavily edited and redacted copy since all we have are copies of copies? How can we trust the Bible if we can’t look at the original source?

These are crucial questions for evaluating the reliability of the Bible, but not only the Bible. We rely on ancient historians and others to fill our history books. Who were the Egyptian pharaohs? How far did the Roman Empire expand? What are the teachings of Socrates?

These same questions about the Bible can be applied to all other ancient documents as well. How do we know we have what Socrates actually wrote, not the words of an imposter? Was there a man named Julius Cesar or is his story merely fiction? We don’t have the original manuscripts for these writings either.

The external evidence, (evidence that comes from outside of the document) for any ancient document involves both archeology and textual criticism. Archaeology either proves or disproves the reliability of the text by providing other sources of collaborating evidence, a neighboring nation mentioning King Solomon or a map naming the location of the city Antioch Paul visited.

Textual Criticism involves the objective evaluation of the manuscripts that have survived. How old are they? How much time has passed since the original was written? The more time has passed the more opportunity for mistakes and exaggeration to creep into the writing. Are there any discrepancies in the text and how significant are those changes? Is it simply a misspelled word, a copyist error, or do they contain significant contradictions?

Since the Bible also claims to be the written word of God Himself it also begs the question, how can we be sure God wrote it not just a lucky historian? To answer this question, we need to look at the text itself, i.e. the internal evidence.

The internal evidence speaks to the Bible’s integrity (it contains no errors or contradictions), the miracles performed by the authors prove they were speaking the words of God, and prophecies reveal the future with surprising accuracy. If all three criteria can be proven, then the Bible stands alone even among other religious books for no other text can do all three.

Can We Trust the Ancient Texts?By Richard Gabriel at Historynet
(though I must admit I only read the first couple paragraphs)
Apologetics Bible Bibliology