Who Were the Maji Part 4: Jesus and Herod 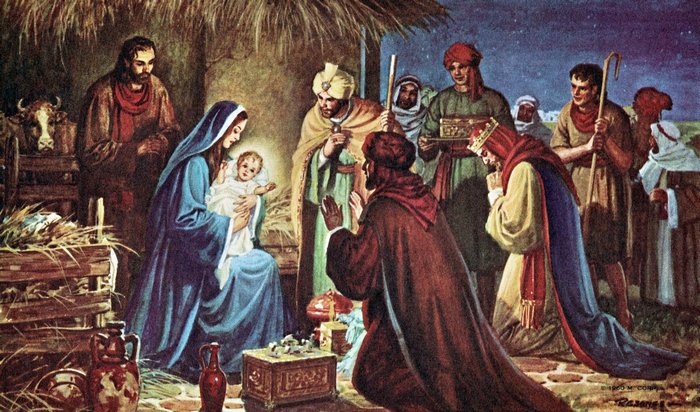 As we enter the time of the gospels, Rome is now in control of Judea and to the east of Rome is the Parthian empire in control of Parthia, in eastern Iran, Media and Mesopotamia.  Remember the Magi are from Media.  The Parthians were a constant thorn in the side of Rome.  The two empires were consistently at war directly to the east of Judea.  In the Parthian empire was a group of Magi called the Megistanes, and it was their job to decide who gets to be king, they were known as the kingmakers.  When they travelled they rode on Persian steeds, not camels, accompanied by a cavalry 1,000 men strong.  The Magi, thanks to Daniel, knew the time of the Messiah was approaching and when they saw His star in the sky they set off for Jerusalem with all their pomp and circumstance, seeking to meet the promised King of the Jews.

The city of Jerusalem has been exchanged between Rome and the Parthians a couple times now, the most recent being under Parthain control for 3 years.  Herod then regain Jerusalem with his new title from Ceaser of King of the Jews.  The politics of this border providence were volatile and Herod was in constant fear that the population would seek to bring back the Parthians.

At the beginning of the first century the Parthians forced their king from the throne.  The Magi were looking for a new king of the Eastern Empire who could come against Rome.  Herod is the current king of the Jews, appointed by Cesar, and very obsessed with keeping his position.  The army is out of town on a mission and in comes these enemies of Rome, kingmakers of the Parthian empire with calvary 1,000 strong, looking for the one who was born (not appointed) King of the Jews.

[Mat 2:3 NLT] 3 King Herod was deeply disturbed when he heard this, as was everyone in Jerusalem.


The word translated here as “deeply disturbed” or sometimes “troubled” is the word ταράσσω (tarassō strongs G5015).  It is defined as:  to agitate, trouble a thing, by the movement of its parts to and fro,  to cause one inward commotion, take away his calmness of mind, make restless, to strike one's spirit with fear and dread,   to render anxious or distressed, to perplex the mind of one by suggesting scruples or doubts.  In other words, Herod was so scared he was literally shaking in his boots.  Why was he so troubled?  The very famous, very powerful, kingmakers with an armed escort 1000 strong were looking for his replacement.

Clearly the Maji were looking for more than just another king because when they arrived before Jesus they worshiped Him as God.  Daniel’s work amongst the Maji still bore fruit hundreds of years later in these God-fearing gentile believers.  Perhaps they were also thinking, as the Jews later will, that this Messiah will not only free from sin but will also gather the people of the east against the oppression of Rome.  The Maji were asking the people about the new king instead of the Roman leadership knowing that the people were also against Rome and would also be excited about the birth of the true king.  Sadly the people were blinded by their unbelief.

The first people in the world to recognize the arrival of the King were sheppards and gentiles. Matthew’s gospel is written to proclaim Jesus Christ is king.  And just to make sure nobody misses it he has the most famous kingmakers in the world come and bow down at the feet of Jesus.  Jesus is the king, and if Israel isn’t going to acknowledge it, then God is going to send Daniel into Babylon to bring people from Persia to Bethlehem acknowledge it.