Is There a God? Part Two: Ockham's Zebra 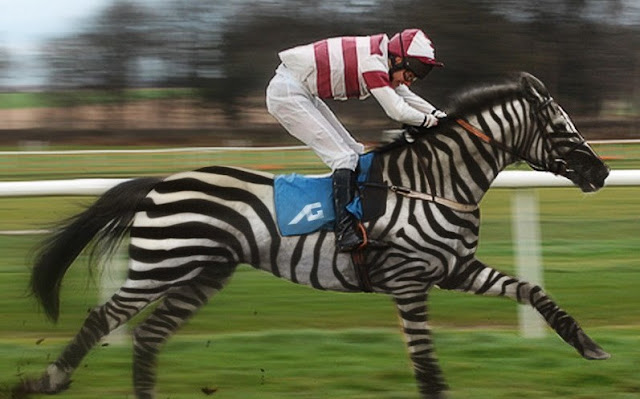 William of Ockham was an English Franciscan friar, scholastic philosopher, and theologian from 1287 to 1347 ad.  He did not invent the principle for which he is famous (Ocham’s razor), but he is famous for his use of it.  While he worded the principle different ways in different writings, his most famous quote is "Entities are not to be multiplied without necessity".  In other words, keep things as simple as possible.  Aristotle (384–322 BC) is credited with the earliest use of this principle writing in his Posterior Analytics, "We may assume the superiority ceteris paribus [other things being equal] of the demonstration which derives from fewer postulates or hypotheses.”  In other words, all things being equal the simplest explanation is the best and the most likely to be true.   Wikipedia defines today’s usage as “the problem-solving principle that, when presented with competing hypothetical answers to a problem, one should select the one that makes the fewest assumptions.”

Dr. Theodore Woodward, professor at the University Of Maryland School Of Medicine, gave the most famous example of this principle in action when he applied it to medicine in the late 1940s.  The problem with allowing doctors in training to diagnose patients is they tend to pick the exotic possibilities.  Given the options of necrotic skin lesion or recluse spider bite most students will pick recluse spider bite even in areas where no recluse spiders are known to exist.  To combat this tendency Dr Woodward coined the memorable expression that became known as the zebra.

You are walking past crowded horse stables in rural Maryland.  You hear hoof steps behind you.  Without turning around, are those hoof steps from a horse or a zebra?  Horses are known to reside in these stables.  Perhaps you have seen them.  Perhaps you work at the stable.  Or perhaps there was a break out at the zoo hundreds of miles away and a zebra got loose.  Or maybe there lives an eccentric billionaire who bought an exotic animal for his granddaughter and flew it all the way from Africa and it somehow managed to jump a twenty foot brick wall, evade the security cameras, run cross country, see the horse food in this stable because it is now a very hungry escape artist and surprise, there is now a zebra behind you.  In a horse stable.  In Maryland.

Utilizing Ockham's razor, is that a horse or a zebra?

Ockham's razor gets a little trickier when applied to science.  While it is true that it is highly unlikely for there to be a zebra in rural Maryland, it is not entirely impossible.  Along these lines of thinking, philosopher of science Karl Popper created a scientific alternative referred to as "falsificationism".

“A statement, hypothesis, or theory has falsifiability or refutability if there is the possibility of showing it to be false. It is falsifiable if it is possible to conceive an empirical observation or a logical argument which could refute it.” (Wikipedia)

Popper also stresses the problem of distinguishing the scientific from the unscientific and makes falsifiability the deciding factor.  Using these criteria, what is unfalsifiable is classified as unscientific, and the practice of declaring an unfalsifiable theory to be scientifically true is pseudoscience.

According to Paly’s watch, we can prove the existence of a creator God if we can find evidence of intelligent design in creation.  According to Dr Popper this method is scientific because a lack of design would prove a creator God to be a false hypothesis.  If intelligent design is evident in creation we can use Ockham’s razor to decide if other possible explanations are more or less likely than the possibility of a creator God.  If the other possibilities cannot be proven false than they are pseudoscience and should be discarded.