Approach Revelation with Repentance, Humility, Prayer and an Open Mind 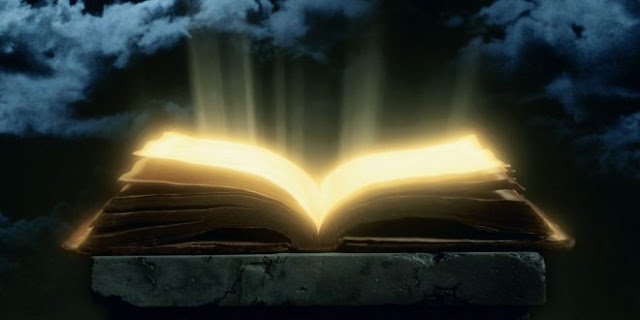 The book of Revelation is one of endless debate and confusion.  Some scholars believe that Revelation should not be studied at all because its “undecipherable nature will only lead the student into error.”  Others feel they can explain every symbolic nuance, leading to their overconfidence and unhealthy speculation.  The best approach is more of a middle ground between the two, utilizing prayer, humble study and an open mind while acknowledging that our understanding will always be limited from our current perspective in history.  One of the most important lessons we can learn from the first coming of Jesus is that prophecy can only be fully understood in hindsight.  No one could understand how Jesus could fulfill all the prophesies about His first arrival on earth until after He had accomplished it.


As we approach the book of Revelation we need to remember that God is not the author of confusion ( 1 Corinthians 14:33KJV). The book contains hundreds of symbolic objects and acts which can be very intimidating.  However, it is important to remember that God does not want to confuse you.  To awe you, yes, to convey a sense of the His grand nature and holiness, and certainly to motivate you with the beauty of heaven and finality of hell, but never to confuse you.  Just as Jesus explained His parables to the disciples Revelation explains its symbolism either in the book itself or elsewhere in the Bible (Daniel, Ezekiel, Matthew, etc).  other confusing passages are not symbols at all but attempts by the author, the apostle John, to put into words things that were beyond the ability of words to describe, giving us passages like “His voice thundered like mighty ocean waves” (Revelation 1:15) or “from His mouth came a sharp sword” (Revelation 19:15).


When I think about the second coming of Jesus, I can’t help thinking about His first coming to a humble stable in Bethlehem.  There are over 300 passages predicting the first coming of Jesus, one such prophecy is a timeline given by Daniel that predicts the very day of the triumphant entry on Palm Sunday (more on that in a future blog post).  Just before Jesus began His ministry He was baptized by John the Baptist before a crowd of many witnesses who heard a voice from heaven call Jesus His son (Matthew 3:16-17).  When the followers of John the Baptist asked Jesus if He was the Messiah, Jesus replied “"the blind see, the lame walk, the lepers are cured, the deaf hear, the dead are raised to life, and the Good News is being preached to the poor." {Matthew 11:5 NLT}”.  Such miracles are a sign of the Kingdom of Heaven and a fulfillment of a prophecy spoken by Isaiah

"Say to those with fearful hearts, "Be strong, and do not fear, for your God is coming to destroy your enemies. He is coming to save you." And when he comes, he will open the eyes of the blind and unplug the ears of the deaf. The lame will leap like a deer, and those who cannot speak will sing for joy! Springs will gush forth in the wilderness, and streams will water the wasteland." {Isaiah 35:4-6 NLT}.

With such evidence in abundance around them, how could the Scribes, Pharisees and most the Jewish population fail to recognize their Messiah?  They had misguided expectations but more importantly they failed to repent of their sin and pride.

"The next day a great multitude that had come to the feast, when they heard that Jesus was coming to Jerusalem, took branches of palm trees and went out to meet Him, and cried out: "Hosanna! 'Blessed [is] He who comes in the name of the LORD!' The King of Israel!"" {John 12:12-13 NKJV}

When the popularity of Jesus had reached its height, He rode into Jerusalem on a donkey to partake in the annual Passover feast.  When the people saw Him approach they greeted Him as a king in a royal procession, spreading palm leaves at His feet like a red carpet.  As He passed by they shouted and cheer Hosanna!, a word which literally means “save now”.


After enduring endless traffic or hours of commercials and nonsense pregame shows, its finally time for the super bowl to start.  The tension is high.  The crowd is decked out in jerseys and foam fingers and face paint.  The coaches are digging trenches under their feet as the chatter of the crowd rises in anticipation.  Finally the favorite team comes running onto the field with cheers of exhilaration from the crowd, encouraging them to beat the other team.  It’s time to beat them back!  It’s time to save us! Hosanna!


The tension in the streets on Palm Sunday are very similar but the stakes are much higher.  Israel has not been a free state since the time of the Babylonian exile around 598 bc.  For 600 years they had been subject to one ruler or another and they grew weary of waiting for their freedom.  The promise of a Messiah came with the promise of a kingdom for the Israelites, a return to the Promised Land under Israeli control.  Freedom from oppression forever.  But the kingdom of heaven Jesus offers is not geopolitical, not yet anyway.  First your heart must be free from sin, an offer only the suffering Messiah can make (Isaiah 53).  At the height of His popularity Jesus approaches the city on a donkey in clear fulfillment of Zechariah 9:9 and the people shout Hosanna!  Save Now from our Roman oppressors.  Their expectations for a geopolitical kingdom (promised for the second coming) blinded them to the reality of the spiritual kingdom Jesus was building in their midst.

"When they heard this, all the people--even the tax collectors--agreed that God's way was right, for they had been baptized by John. But the Pharisees and experts in religious law rejected God's plan for them, for they had refused John's baptism." {Luke 7:29-30 NLT}

In Luke 7 Jesus is explaining the importance of the ministry of John the Baptist.  "John is the man to whom the Scriptures refer when they say, 'Look, I am sending my messenger ahead of you, and he will prepare your way before you.'" {Luke 7:27 NLT}  The people needed to be prepared for the coming of the Messiah.  John was essential for the ministry of Jesus and well respected among the people, his message was received by many and many were baptized by him.  The Pharisees did not respect John nor did they accept his message or receive his baptism.  What was the message of John?  "In those days John the Baptist came to the Judean wilderness and began preaching. His message was, "Repent of your sins and turn to God, for the Kingdom of Heaven is near."" {Matthew 3:1-2 NLT}.  Those who repented of their sins received the forgiveness of God and recognized Jesus for who He is.  Those who refused to repent were blinded by their own pride and sin, they did not receive forgiveness nor were they able to recognize what God was doing right in front of their eyes.


There are over 300 prophecies for the first coming of Jesus and most missed it.  There are over 1500 prophecies for the second coming, don’t miss it!  Do not let your sin or your well meaning expectations blind you from what God is doing all around us!  As you read the book of Revelation and various other end-times related passages, try to keep an open mind.  Don’t approach them thinking you already know what the passage is talking about.  Don’t come to the text with any presupasitions.  Let the text speak for itself, with humble prayer ask God to help you repent of any sin that may be clouding your mind ask the Holy Spirit to teach you what the Bible is saying, not what we think or want to passage to say.


I fear that if we only follow the mainstream teaching on this book, if we fail to consider that our expectations might be wrong then we could very well end up like the Pharisees and miss out on what God is doing.