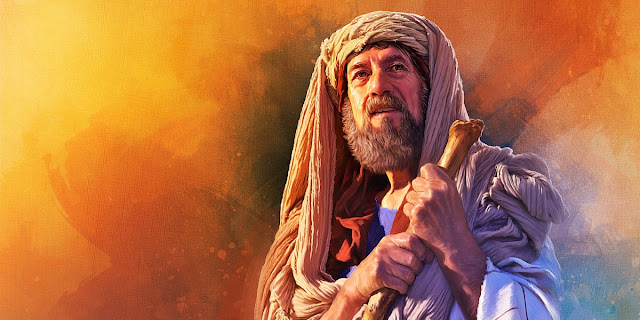 He couldn’t speak fluently until he was nine years old, proving that he lacked even a normal mental capacity. He was expelled from school and rejected admittance into polytechnic school which only furthered his fate to be ordinary. But none of this stopped Albert Einstein from becoming one of the greatest scientists the world has ever seen on his way to winning the Nobel Prize.

At the age of twenty-two he was fired from the newspaper where he worked for “not being creative enough” and one of his first attempts to make it on his own failed sending him into bankruptcy. Few, if anyone, would expect Walt Disney to achieve any level of success, let alone winning thirty-two Academy Awards.

Noah got drunk, Isaac was a daydreamer, Jacob was a swindler, Moses was a murderer, Gideon was afraid, Rahab was a prostitute, David was an adulterer, Elijah was suicidal, Isaiah preached naked for three years (Isaiah 20), Jonah ran from God, John ate bugs, Peter denied Jesus, Mary Magdlene was demon possessed, and Lazarus was dead. God delights in using ordinary and often flawed individuals to do extraordinary things.

There is something that draws us into stories of people who overcome all odds, even great failure, to defy all expectations and succeed. We like the idea of “ordinary people” doing the extraordinary. Perhaps because that is how most of us see ourselves, as an ordinary person longing to make a difference in the world.

We can work hard and hope for a lucky break to make a difference, but perhaps there is another way, a way that is outside of ourselves. God works in ways that are different than ours because He knows the best possible way to bring His plan to fruition. Greatness is not about what we can do in ourselves but a matter of faith and obedience to the call and promises of God.

The fall in the Garden of Eden was among the darkest moments in the history of the world. But even then God brought light and hope with the promise of an offspring who would crush the head of the serpent (Genesis 3:15). Every generation after the exile from Eden was waiting in expectation for that promised child to be born but one after another each generation returned to the ground still waiting. And then the Lord spoke to Abram.

The LORD had said to Abram, "Leave your native country, your relatives, and your father's family, and go to the land that I will show you. I will make you into a great nation. I will bless you and make you famous, and you will be a blessing to others. I will bless those who bless you and curse those who treat you with contempt. All the families on earth will be blessed through you." So Abram departed as the LORD had instructed, and Lot went with him. Abram was seventy-five years old when he left Haran. - Genesis 12:1-4 NLT


These verse record the first record of the Abrahamic covenant, an everlasting covenant that God will use to lay the foundation of redemptive history.

God called on Abram to take a step of faith by asking him to leave three important things behind:
1. His land
2. His relatives
3. His father’s house

If Abram obeyed and stepped out in faith God would do three things for him:
1. Make him into a great nation
2. Make his name great
3. Bless him and make him a blessing to the world.

This was a calling to leave everything he knew behind. His identity, his security, his life as he knew it was tied up in those three things God was asking him to abandon. But God’s considerable calling came with considerable promises. If Abram trusted God, God would give Abram all that he was leaving behind to a much greater degree.

As we consider what God called Abram to do that day, we should pause and consider how clear God was about the nature of the covenant relationship He was establishing. This was a unilateral covenant. Repeatedly God said “I will”, only once did He utter “you will” to Abram and even this one “you will” was really an “I will.” God said “you will be a blessing” but what He was really saying was ‘I will bless others through you.’ This one “you will” was said in the context of what God would do through the patriarch, not what the patriarch was to do for God. This covenant would depend solely on God and was without condition. God was going to accomplish it. Giving Abram a new land and blessing him was God’s project, not Abram’s. It would be strictly an act of grace and that through faith. There was nothing special about Abram, no political or family ties God wanted him to use, no unique skill God needed him to perform. He was just an ordinary man whom God chose solely because He wanted to and the only thing required of Abram was that he trust and obey.

God was determined to bless Abram through what will come to be known as the Abrahmaic covenant, but the blessing God was promising to give Abram was not intended to end with him. Abram would benefit from God’s blessing but he was also to be a conduit for that blessing, not its final precipitant. God was going to bless Abram so that through him God could bless the entire world.

The blessings of God are not meant for one person only. Our cups are to overflow with blessing, spilling out of our lives into the lives of those around us so we can all share in the Joy of the Lord. This was especially true of Abram through whom God brought about His chosen people, the Israelites, and ultimately the Messiah, the Savior of the World. Who is God using in your life to bless you and how is God using you to bless others?
Abraham Bible Covenant Genesis