Abraham Part 3: God’s Covenant People are to be Set Apart for His Glory 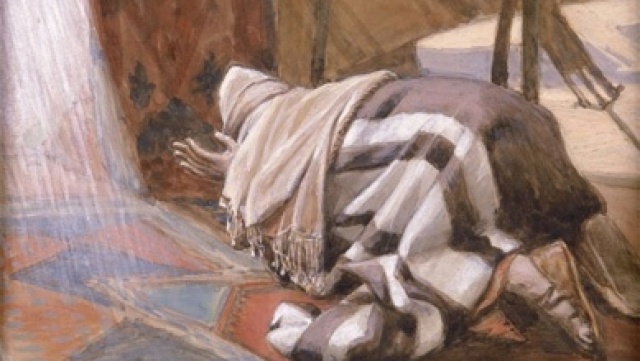 "When Abram was ninety-nine years old, the LORD appeared to him and said, "I am El-Shaddai--'God Almighty.' Serve me faithfully and live a blameless life. I will make a covenant with you, by which I will guarantee to give you countless descendants." At this, Abram fell face down on the ground. Then God said to him, "This is my covenant with you: I will make you the father of a multitude of nations! What's more, I am changing your name. It will no longer be Abram. Instead, you will be called Abraham, for you will be the father of many nations. I will make you extremely fruitful. Your descendants will become many nations, and kings will be among them! "I will confirm my covenant with you and your descendants after you, from generation to generation. This is the everlasting covenant: I will always be your God and the God of your descendants after you. And I will give the entire land of Canaan, where you now live as a foreigner, to you and your descendants. It will be their possession forever, and I will be their God." Then God said to Abraham, "Your responsibility is to obey the terms of the covenant. You and all your descendants have this continual responsibility. This is the covenant that you and your descendants must keep: Each male among you must be circumcised." {Genesis 17:1-10 NLT}


The first rule given to Abraham and his descendants is circumcision. Does this mean that the Abrahamic Covenant has suddenly become conditional? If someone fails to be circumcised are they no longer a beneficiary of the covenant? God’s covenant remains unconditional, but once in the covenant, there are conditions. There is a similar idea in Christianity. God’s offer of salvation is unconditional, but once you are saved there are conditions. Salvation is only the beginning, once you are part of God’s family God expects you to obey by announcing your decision with baptism and by growing in grace knowledge and maturity so that you may be more like Christ. Similarly God wanted Abraham’s descendants to announce their uniqueness to the world first by circumcision and later through others aspects of the law of Moses.

God’s chosen people were to be a unique people, set apart from the world, recognizable as different so they could point the world to the one true God. Even their origin was unique. Abram was 99 years old at this time. The name Abram means ‘high father’ and his wife, Sarai was ‘my princess’. Abram has undoubtedly been talking to his neighbors about why he moved into the neighborhood and the promises of God are bound to come up. A 99 year old man with no children is preparing to have a son since he was 70 years old. But now not only is he the crazy old man with an empty nursery, now he has changed the names of himself and his wife. Abraham means ‘father of a multitude’ and Sarah means ‘mother of nations.’ 90 years old, talking about a son he doesn’t have for over twenty years and now he gets to tell his neighbors that he won’t have just one son, but now you can call me the father of a great multitude of children. Everyone in Canaan is going to be talking about Abraham, and laughing. And then Isaac is born, and no one will doubt again.

When God calls a person He calls them to Himself as they are through faith in Him, and He gives His people a new identity in Him. God declares them no longer marked by their sin and disobedience but by His righteousness. This is called Justification. But God is not content to leave His people where they are. So through the work of the Holy Spirit and the purposeful experiences of life, God grows His people and molds them into His image so they will live out their new identity rather than their old identity. This process is called sanctification, where we are sanctified, or made holy, to live more of the way God intends each day. As Godliness increases worldliness decreases.

When God first came to Abram at age 75 in Genesis 12, Abram responded in faith with obedience. When God confirmed the covenant in Genesis 15 Abram had some doubts due to his age and seemingly lack of progress on the child heir issue. However, in chapter 17, when God speaks once again of his promised offspring Abram, now 99 years old, does not balk, as he did before, instead he fell on his face in God’s presence.

God had been changing Abram and growing his faith over the years, a process called sanctification. The result was a deeper faith and growing obedience. God marked Abram’s changing life with a change in name. No longer Abram, he would now be called Abraham, which means “father of a multitude.”

Hopefully we all see growth in our own faith and obedience, yet there can be times when we inadvertently, take a step backwards. Regardless of where we are in our walk with Christ we must continually remind ourselves that our righteousness before God comes simply through faith in Jesus Christ, but God is not content to leave people where they are. He grows His people in faith and maturity and our salvation and sanctification serve a purpose beyond ourselves.

As we read of God changing Abraham we should not lose sight of the bigger picture. God was changing and blessing Abraham so that he might become a blessing to the world. Like Abraham, God wants to bring blessings to others through His blessings to us.

Along with the name change there was a change in the covenant as well, can you spot it?

Notice the subtle change in what God said to Abraham before and after his name change to remind him, and us, of God’s purpose in salvation and sanctification. In verses 1-6 God spoke of the covenant as being between Him and Abram, but following the name change God speaks of the covenant as being between Him, Abraham, and his future offspring. God mentions these offspring five times in verse 7-10 and He also reefers to this covenant as being permanent (twice). God sought to remind Abraham that he was part of something bigger, something that did not end with him. He was part of God’s ongoing plan to bring salvation to the world.

God has a purpose in our lives, He has changed us to be on a mission with Him by living out and sharing the gospel with those around us. When we are ignorant or forgetful of God’s greater purpose in our lives we are in danger of misinterpreting the what, when, and how of God’s actions and blessings for us. God’s bigger plan gives context to what He does in our lives each day. Without it, we will not understand what is going on, which is the kindling of doubt and distrust in our hearts.

The story of Abraham reminds us of God’s unending faithfulness, grace, and mercy to take the ordinary and even the morally deplorable and make them shining examples of faith. We need to take this message to heart, because we are the fruit of God’s work through Abraham’s faithfulness. God promised Abraham that the world would be blessed through his descendants, namely through Jesus Christ. It was through Christ that salvation flowed to the rest of the world, including us. And just like Abraham, we are not the final destination of God’s blessings. We are to be conduits of His blessings to the rest of the world as we live out our purpose as instruments of reconciliation.

Because we have been made part of Abraham’s family of faith through Christ, we ought to live as people through whom God’s blessings may flow to the wo
Abraham Covenant Genesis 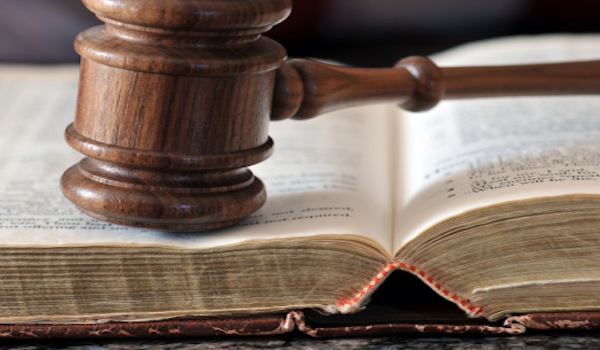 The Old Testament Law and the New Testament Church