Why is the Bible Important? 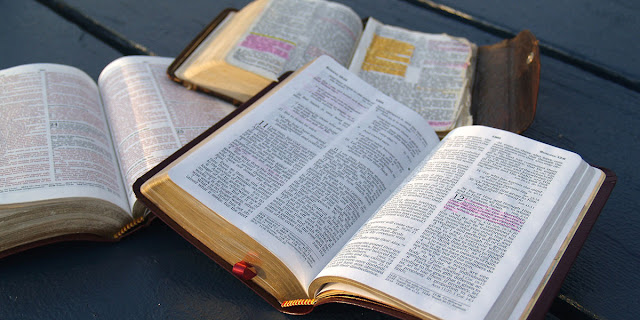 As with most of my articles, I began my research with a quick Google search. After asking the search engine giant “Why trust the Bible?” I received about 156,000,000 results in a matter of only 0.45 seconds. Clearly this is a topic of some interest and it absolutely should be. Incidentally, the question “Why is the Bible important?” returned about 414,000,000 results in 0.43 seconds.

The Bible is comprised of 66 Books written over a period of about 1,500 years by over 40 authors from all walks of life, with different kinds of personalities, and in all sorts of situations. Shepherds, kings, scholars, fishermen, prophets, a military general, a cupbearer, and a priest all penned portions of Scripture. They composed their works from palaces, prisons, the wilderness, and places of exile while writing history, laws, poetry, prophecy, and proverbs. In the process they laid bare their personal emotions, expressing anger, frustration, joy, and love. It was written in three languages on three continents, and it covers hundreds of controversial subjects. Yet, it fits together into one cohesive story with an appropriate beginning, a logical ending, a central character, a consistent theme and it displays a flawless internal consistency. It never contradicts itself or its common theme a feat that is difficult enough for single author to do in their own book (see harry potter errors, for example) let alone forty authors spread out across history.

This remarkable collection of books is the centerpiece of the Christian faith. In its passages we learn everything we need to be right with God. Our walk with God is not dependent on any other book or tradition or act of piety, for it is by faith alone that we are saved and it is in faith that we are to grow and mature and faith only comes from scripture (Romans 10:17).

The Bible claims to be written by God Himself through the inspiration of its human authors (2 Timothy 3:16). God has promised to preserve His word through the ages (Matthew 5:18), that His word will be proclaimed to the whole world (Psalm 96:3), that His word will work in the hearts and minds of all who hear it (Isaiah 55:11) and that His word is complete (Revelation 22). It is the most published, most recognized book in the world. The Bible was the first book to hit the printing press and there are more than 168,000 Bibles that are sold or given to others in the United States every day. 20 million Bibles are sold in the United States every year. The New Testament has been translated into 1520 languages and more than 2,100 languages have at least one book of the Bible in that language and the Gideons passed out more than 59,000,000 Bibles worldwide in 2016.

The impressive statistics don’t change the objection that the Christian faith is placing all its eggs in one basket. We believe the Bible is the word of God because the Bible says so. This brings up the excellent question, how do we know we can trust the Bible?

Bibliology is the study of the Bible, who wrote it when and why, do we have anything close to what was originally written two thousand years ago, are there any errors, contradictions, and why these 66 books and not other writing religious or otherwise from the same time period?

The Christian faith is built upon the Bible, a single foundation. If we are to trust our eternal soul to a single collection of documents we need to be sure it is worthy of our trust. Claims of errors, scientific and historical inaccuracy and authenticity are lobbied against it on a regular basis. if the Bible is to be the word of God then it should be able to stand on it’s own against all arguments making Bibliography a strength of the Christian faith and not an embarrassment, a course of study which should be undertaken by every believer.

"For I am not ashamed of the gospel of Christ: for it is the power of God unto salvation to every one that believeth; to the Jew first, and also to the Greek." {Romans 1:16 KJV}


"Study to shew thyself approved unto God, a workman that needeth not to be ashamed, rightly dividing the word of truth." {2 Timothy 2:15 KJV}

References:
AnswersInGenesis.org Unity of the Bible