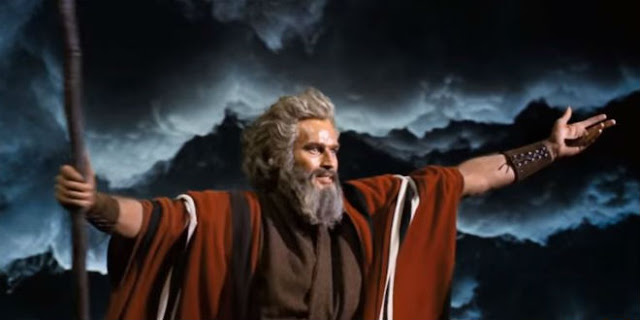 The tale of Levi

Jacob had two wives and much family bickering ensued as a result. He didn’t really care for his first wife, Leah, but somehow she managed to continue to give birth to several sons and in their names we can see her struggles. She named her third son Levi in the hopes that now that she had born him three sons he would finally feel some attachment for her.

Then she became pregnant a third time and gave birth to another son. She named him Levi, for she said, "Surely this time my husband will feel affection for me, since I have given him three sons!" - Genesis 29:34 NLT


Jacob also had daughters, one of whom was named Dinah. While visiting some of the local women she was raped by a local prince. When Levi and Simeon learned of this they deceived the town, convincing them to undergo circumcision so Dinah could be allowed to marry the prince.

While the men were still recovering Simeon and Levi slaughtered every man in the town. When the others learned of what happened they also entered the town seized all the livestock and took all the survivors as captives. Jacob never quite forgave them for what happened and on his deathbed he gave them a curse instead of a blessing.

"Simeon and Levi are two of a kind; their weapons are instruments of violence. May I never join in their meetings; may I never be a party to their plans. For in their anger they murdered men, and they crippled oxen just for sport. A curse on their anger, for it is fierce; a curse on their wrath, for it is cruel. I will scatter them among the descendants of Jacob; I will disperse them throughout Israel. - Genesis 49:5-7 NLT


The tale of Moses

Moses was born to the tribe of Levi, but raised in the house of Pharaoh like a member of the royal family. When he was forty years old, in his eagerness to rescue his people, he killed and Egyptian causing him to be rejected by both Israel and Egypt. At the age of 80 God sent Moses back to Egypt to be the rescuer he wanted to be forty years ago but this time Moses did not want the role of savior.

Moses was taught all the wisdom of the Egyptians, and he was powerful in both speech and action. "One day when Moses was forty years old, he decided to visit his relatives, the people of Israel. ... Moses assumed his fellow Israelites would realize that God had sent him to rescue them, but they didn't. ... "Forty years later, in the desert near Mount Sinai, an angel appeared to Moses in the flame of a burning bush. ... "So God sent back the same man his people had previously rejected when they demanded, 'Who made you a ruler and judge over us?' Through the angel who appeared to him in the burning bush, God sent Moses to be their ruler and savior. - Acts 7:22-23, 25, 30, 35 NLT


Moses offered himself as a savior to the Israelites, was rejected, went away for a time and returned to successfully rescue them and be seen as one of their greatest leaders.

There is a comparison to be made here…

The tale of Aaron

Aaron seems to be the willing leader that Moses was not; taking the role of speaker willing and without hesitation.


The Tale of the Israelites

The general population was eager to believe that God had finally heard their prayers and had come to rescue them, but their unbelief was quickly revealed at every bump in the road.

Then the people of Israel were convinced that the LORD had sent Moses and Aaron. When they heard that the LORD was concerned about them and had seen their misery, they bowed down and worshiped. - Exodus 4:31 NLT


and they said to Moses, "Why did you bring us out here to die in the wilderness? Weren't there enough graves for us in Egypt? What have you done to us? Why did you make us leave Egypt? - Exodus 14:11 NLT


The Tale of Mount Sinai

Two months after leaving Egypt they arrive at Mount Sinai and God initiates the Old covenant and begins to give Moses the law. God wanted to remove any doubt from the mind of the people so He displayed His glory on the mountain and spoke the Ten Commandments into the ears of all 2.4 million people gathered there.

On the morning of the third day, thunder roared and lightning flashed, and a dense cloud came down on the mountain. There was a long, loud blast from a ram's horn, and all the people trembled. Moses led them out from the camp to meet with God, and they stood at the foot of the mountain. All of Mount Sinai was covered with smoke because the LORD had descended on it in the form of fire. The smoke billowed into the sky like smoke from a brick kiln, and the whole mountain shook violently. - Exodus 19:16-18 NLT


When God uttered the commandments He was heard by all 2.4 million people gathered around the mountain where His glory was displayed, and the people found the experience overwhelming. They asked Moses to stand as their intermediary and transmit God's message to them.

It was Moses who announced the plagues in Egypt and lead them of captivity. It was Moses who lifted the staff that parted the Red Sea. It was Moses who climbed the mountain several times, who stood unwavering in the presence of God. They saw Moses as endowed with deified properties and perceived in him a link to the true God, creator of heaven and earth.

As the people stood in the distance, Moses approached the dark cloud where God was. And the LORD said to Moses, "Say this to the people of Israel: You saw for yourselves that I spoke to you from heaven. Remember, you must not make any idols of silver or gold to rival me. "Build for me an altar made of earth, and offer your sacrifices to me--your burnt offerings and peace offerings, your sheep and goats, and your cattle. Build my altar wherever I cause my name to be remembered, and I will come to you and bless you. - Exodus 20:21-24 NLT


Moses climbs Mount Sinai a total of eight times. He goes up and down the mountain 4 times before the Lord descends upon it in fire. After the Ten Commandments are given, Moses ascends the mountain again this time he receives the bulk of the law from God. We are not told how long he is on the mountain.

Moses returns to the mountain with his brother, Aaron, and several elders where they receive a vision of God. These are sent back to camp whereas Moses ascends further up the mountain, hangs out for six days, then climbs higher and remains in God’s presence for forty days.

Then Moses, Aaron, Nadab, Abihu, and the seventy elders of Israel climbed up the mountain. There they saw the God of Israel. Under his feet there seemed to be a surface of brilliant blue lapis lazuli, as clear as the sky itself. And though these nobles of Israel gazed upon God, he did not destroy them. In fact, they ate a covenant meal, eating and drinking in his presence! ... Then Moses disappeared into the cloud as he climbed higher up the mountain. He remained on the mountain forty days and forty nights. - Exodus 24:9-11, 18 NLT


During this time on the mountain the people on the valley floor create the Golden calf.

When the people saw how long it was taking Moses to come back down the mountain, they gathered around Aaron. "Come on," they said, "make us some gods who can lead us. We don't know what happened to this fellow Moses, who brought us here from the land of Egypt." - Exodus 32:1 NLT