Is there a God? Part Three: Intelligent Design 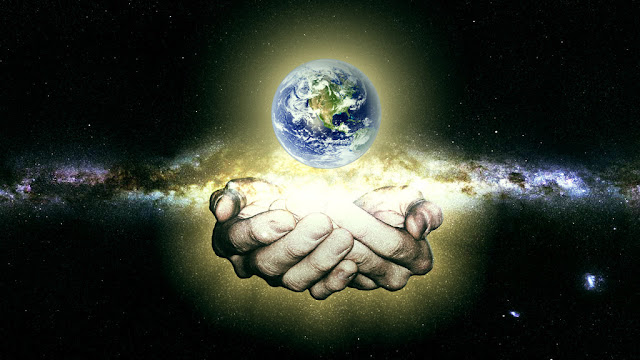 In the previous two articles in this series, we discussed what would qualify as evidence for God's existence (Pally's Watch) and and how to weight the possible ramifications if such evidence could be produced (ockham's zebra).

When you see clear evidence of design, such as a watch, you can assume that someone designed and made that creation.  When given two options, such as a horse or a zebra in a horse stable in Maryland, chose the option with the least assumptions.  When looking for a scientific answer, chose the answer that can be tested, any option that cannot be tested is not scientific.

Is there evidence of Intelligent Design in the universe?

The scientific and theological communities have recently begun playing with a proposition called the fined tuned universe. Science has come to acknowledge that the laws of physics affecting everything from electrons to planetary orbits are so perfectly adjusted that if they were off by just a tiny amount life as we know it would not be possible. The examples of fine tuning are so abundant and obvious that they cannot be ignored by even the most ardent atheist.

The earth is the perfect size to hold atmosphere and the perfect distance from the sun for its temperature (not too hot or too cold). If the planet was any smaller we would have nothing to breath, any closer to the sun we would burn up, any further away we would freeze.

The universe operates by a set of laws that are true everywhere in nature. There is nothing random about the laws of physics, biology, math, etc. Richard Feynman, a Nobel Prize winner for quantum electrodynamics, said, "Why nature is mathematical is a mystery...The fact that there are rules at all is a kind of miracle.”

Every cell contains DNA. Out of only four chemicals DNA creates a three-billion-lettered program telling the cell to act in a certain way. Dig deeper and you reach atoms, electrons, protons, quarks, quandrome foam, etc, all perfectly balanced.  As we look down into the foundations of our universe the things we expected to be simpler, like cells, are far more complex than anything we can observe with the naked eye.

Dr. Michael Denton, a non-Christian medical doctor and scientist with a doctorate in molecular biology, concludes:


It is the sheer universality of perfection, the fact that everywhere we look, to whatever depth we look, we find an elegance and ingenuity of an absolutely transcending quality, which so mitigates against the idea of chance. Alongside the level of ingenuity and complexity exhibited by the molecular machinery of life, even our most advanced artifacts appear clumsy. We feel humbled, as neolithic man would in the presence of twentieth century technology. It would be an illusion to think that what we are aware of at present is any more than a fraction of the full extent of biological design. In practically every field of fundamental biological research ever-increasing levels of design and complexity are being revealed at an ever-accelerating rate. (M. Denton, Evolution: A Theory in Crisis, Adler & Adler Publishers, Bethesda, Maryland, 1986, 32. emphasis added)


“We have seen that living things are too improbable and too beautifully ‘designed’ to have come into existence by chance.” “the more statistically improbable a thing is, the less can we believe that it just happened by blind chance. Superficially the obvious alternative to chance is an Intelligent Designer.” (R. Dawkins, The Blind Watchmaker, W.W. Norton & Co., New York, 1987, 43.)

While Dawson recognizes evidence of an Intelligent Designer he refuses to acknowledge the existence of God, instead turning to non-random evolution as a “blind watchmaker”

The movie “Particle Fever” came out in 2013. It is a fascinating documentary about the search the Higgs-Boson particle using the large hadron collider. In the film, physicist Nima Arkani-Hamed explains the theories of supersymmetry, the multiverse and the cosmological constant.


“Even worse, this one number, the cosmological constant, needs to have this extremely precise value. And if the value is different even by a tiny bit, we would radically change what the world looks like around us. If you saw a situation where, if the parameter has a very dangerous value and you change it a little bit, the world would change radically, and we'd be dead. We couldn't possibly live. You would wonder where that came from. You know, how is that possible? So just on the face of it, you would look at the situation and say, "Wow, someone really cared to put this parameter "at just the right value so that we get to be here "and that it's a pleasant universe and really cares a lot."

This is just a small sample of prominent atheist scientists conceding that there is indeed evidence of design in our universe.  What do they do with this evidence?  Two possible causes of this clear design is given by these very scientist. Either it is God or it is a multiverse.  But which of these two options is more plausible?

Sandra Faber, Professor of Astronomy and Astrophysics at the University of California, Santa Cruz declared that there were only two possible explanations for fine-tuning.


“One is that there is a God and that God made it that way. The only other approach that makes any sense is to argue that there really is an infinite, or a very big, ensemble of universes out there and we are in one.”

In other words, science only gives you two options. It’s either God or a multiverse.

In the movie Particle Fever, after the above quote where Nima Arkani-Hamed declares the clear existence of God he then backs away from intelligent design and a designer and instead returns to random chance by using the multiverse theory to say there are other universes out there where the cosmological constant is different and life cannot exist and with a huge number of universes in the multiverse you will eventually find one where life exists all by random chance, ie ours.

Again we turn to Dawkins in his book The Blind Watchmaker:


“Each successive change in the gradual evolutionary process was simple enough, relative to its predecessor, to have arisen by chance. But the whole sequence of cumulative steps constitutes anything but a chance process, when you consider the complexity of the final end product relative to the original starting point. The cumulative process is directed by nonrandom survival. The purpose of this chapter is to demonstrate the power of this cumulative selection as a fundamentally nonrandom process.” (Dawkins, The Blind Watchmaker, 43)

While recognizing the intelligent design of the universe Dawkins refuses to acknowledge God and is instead forced to accept perfect nonrandom randomness. In a similar fashion, Nima Arkani-Hamed adds more randomness to his theory to hide the obviousness of intelligent design in a sea of chaos.

We can either assume the presence of a creator God or we can assume that all this design that is clearly non-ransom actually is random and we were just lucky enough that we happened upon the one small slice of randomness that looks non-random.  There is more non-randomness out there we just haven't found it yet.

Which option would Ockham's razor have us chose?  An intelligent designing God or the idea that the design is actually part of chaos that we can't find?

Given these two options, God or the multiverse, which of these explanations is scientific?

Is there a test that can prove or disprove the multiverse?  No.

The problem with the multiverse theory is there is no evidence for it, nor can there ever be an observable evidence for it since travel between the different universes would be impossible for anything to accomplish.

Carlo Rovelli of the Center for Theoretical Physics in Luminy, France has stated:


“It is hard to write theories that survive the proof of reality. Few survive. By means of this filter, we have been able to develop modern science, a technological society, to cure illness, to feed billions. All this works thanks to a simple idea: Do not trust your fancies. Keep only the ideas that can be tested. If we stop doing so, we go back to the style of thinking of the Middle Ages.”

In article discussing the testability of the multiverse idea the smithsonian states "no one can currently prove ideas like the multiverse right or wrong, scientists can simply continue along their intellectual paths without knowing whether their walks are anything but random."

Scientists who proclaim that we in a multiverse cannot prove or disprove the existence of a multiverse nor can they conceive of any possible future test or possible evidence that could ever come to light that would prove or disprove its existence.  Dr Karl Popper,  generally regarded as one of the 20th century's greatest philosophers of science, would argue that the multiverse is not science, it is pseudoscience since it cannot be proven or disproven.

The multiverse makes great science fiction but it is not science.  A creator God, however, is proven by science.

A Creator God is the only possible, logical and scientific conclusion for the evidence of intelligent design.

The Bible also declares that the evidence of God can be seen in His creation.


“The heavens proclaim the glory of God. The skies display his craftsmanship. Day after day they continue to speak; night after night they make him known." {Psalm 19:1-2 NLT}


"They know the truth about God because he has made it obvious to them. For ever since the world was created, people have seen the earth and sky. Through everything God made, they can clearly see his invisible qualities--his eternal power and divine nature. So they have no excuse for not knowing God." {Romans 1:19-20 NLT}

If the truth is so obvious then how can there be any unbelievers at all? Because people refuse to acknowledge God.


"Yes, they knew God, but they wouldn't worship him as God or even give him thanks. And they began to think up foolish ideas of what God was like. As a result, their minds became dark and confused. ... They traded the truth about God for a lie. So they worshiped and served the things God created instead of the Creator himself, who is worthy of eternal praise! Amen." {Romans 1:21, 25 NLT}

Sandra Faber, Richard Dawkins, Michael Denton, Nima Arkani-Hamed, all highly intelligent people, all clearly see the evidence of intelligent decision. They all perfectly understand they have only two options, choose God or choose increasingly improbable levels of random chance.  Only one of these options makes any logical or even scientific sense.  Choose God.