The Blind Men and God: Are All Religions the Same? 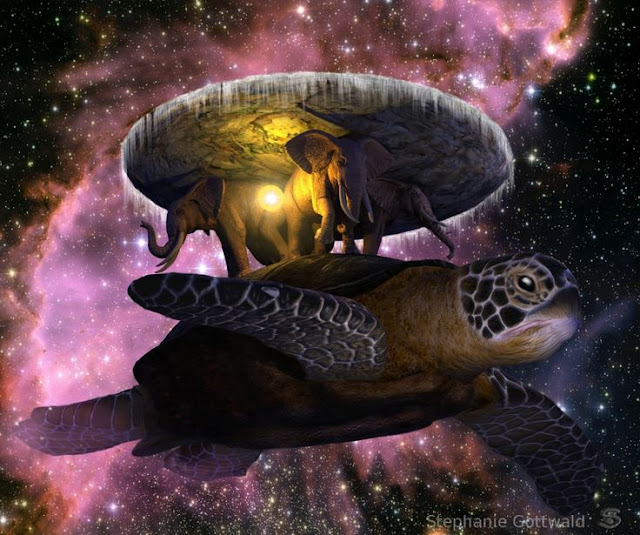 In the light of the evidence for a fine tuned universe (see previous article) the only logical and scientific explanation that we can reach is there is indeed a God out there.  The question then becomes, which God?  Out of the 4,200 different religions, how can we possibly pick the right one.  Is there a right one, or are they all different ways to worship the same god? Does it even matter which deity or religion we choose or are they all essentially the same?  Do all roads lead to heaven or is there only one path worth following?

There is an ancient Indian parable often retold or alluded to called “The Blind Men and the Elephant”.  In the story there are six blind men who wish to understand what an elephant is like.  Since they cannot see the elephant they seek out their knowledge by touch.  Each person stumbles upon one area of the elephant and, without exploring further, argues adamantly for his point of view.  John Godfrey tells the story best in his poem linked to below, but I shall summarize here:

A group of blind men heard that a strange animal, called an elephant, had been brought to the town. Out of curiosity, they decided to inspect the creature the best way they could, by touch.   So, they sought it out, and when they found it they groped about it.  The first person, whose hand landed on the trunk, said "This being is like a snake". For another one whose hand reached its ear, it seemed like a kind of fan. As for another person, whose hand was upon its leg, said, the elephant is a pillar like a tree-trunk. The blind man who placed his hand upon its side said, "The elephant is a wall". Another who felt its tail described it as a rope. The last felt its tusk, stating the elephant is that which is hard, smooth and like a spear.

While each is correct about the area they have inspected they all are wrong to assert that the entire animal is exactly like the small area they experienced.  An argument erupts as each individual, instead of listening to his peers or personally exploring the beast further, vehemently defends his point of view about the beast and the opinions he has reached.

The argument is often made that mankind seeks after the divine like blind men seeking to understand an elephant.  God, being vastly superior to ourselves, becomes misunderstood.  Each religion is said to be exploring one aspect of God and to truly understand the Supreme Being we must all come together and join as one religion, setting aside our differences to embrace our similarities in one compromised belief system.

All roads lead to heaven. All rivers flow to the sea. There are many mountains and many paths on each mountain and all point to heaven.  All religions teach morality so all religions must be good and worship the same being.  Judaism, Christianity and Islam all claim Abraham so all must be worshiping the same deity.  It doesn’t matter what you believe as long as you believe in something.
I have heard these attempts at religious compromise all my life from different people outside of church.  Every time I do my conscious gnaws away at my gut, warning me not to listening.  Discernment tells me these words are hollow.

Swami Vivekananda is a Hindu monk from India (1863 – 1902) who is famous for his quest to unite all religions under Hinduism.  The Huffington Post quotes him saying the following:
“All religions conceive a Divine Creative Principle at the root of things, although they call it by different names he said. They unanimously testify that one can commune with this Divinity through prayer and meditation. And the broad ethical principles to love and to forgive, to be generous and kind are also shared by all faiths.”

So because all belief systems have a supreme something and teach kindness they are all coming from the same source.  If that is all it takes for two things to be equal then you could also say that ice tea and vodka both are made from water, they both enter the stomach by way of the mouth and they are both sought after by humanity therefore both are essentially the same.

Just as vodka and ice tea are vastly different so too are the various world religions. Profound contradictions between foundational beliefs are not removed by pointing out shared moral standards. Once we begin to look at even the basics of the different religions it becomes clear that these belief systems are vastly different from each other.  For example, Buddhists deny the existence of a personal god, while Hindus believe in many gods. Mormonism is also a polytheistic religion, though Mormons restrict their worship to only a few gods.  Hindus acknowledge multitudes of gods and goddesses.  Buddhists say there is no deity.  New Age Spirituality followers believe they are God.  Muslims believe in a powerful but unknowable God.  Christians believe a loving God who created us to know him.

Each religion also offers a different path for redemption.  In Hinduism a person is on their own trying to gain release from karma through countless cycles of reincarnation. In New Age a person is working at their own divinity. In Buddhism it is an individual quest at being free from desire. And in Islam, the individual follows religious laws for the sake of paradise after death. With Jesus Christ, you see God offering us a relationship with himself, not based on our efforts, but based on what he did for us.

Even this very basic comparison reveals that the major world religions contradict each other.  It is not logical or even respectful to the various religions to say that they are all basically the same or worship the same deity.  Football and soccer are not the same game and their fans would not appreciate the confusion.  Mormonism and Christianity are not the same religion though they are often grouped together.

There are, however, similarities among the various religions that do make sense.  In Hinduism, you seek release from karma through reincarnation.  In new age philosophies, you work out your own divinity.  In Buddhism you seek release from desire through meditation.  In Islam you must follow the five pillars (specific prayers, pilgrimage to Mecca, etc).  In Christianity God forgives you.
In all religions you must do something to appease the Supreme Being.   Christianity teaches that you cannot do enough good to appease God, but God forgives you anyway.  In all other religions teachers and gurus and prophets point to the way to heaven and we have to get there on our own.  In Christianity God comes to earth.  You are released from all grief, struggle and failure.  All you need to do is believe in the work of the Lord Jesus Christ and even that God will help you with if you ask for it.  Just let go and let God.

"Jesus told him, "I am the way, the truth, and the life. No one can come to the Father except through me." {John 14:6 NLT}
"No one has ever seen God, but the one and only Son, who is himself God and is in closest relationship with the Father, has made him known." {John 1:18 NIV}
""But what about you?" he asked. "Who do you say I am?" Simon Peter answered, "You are the Messiah, the Son of the living God." Jesus replied, "Blessed are you, Simon son of Jonah, for this was not revealed to you by flesh and blood, but by my Father in heaven." {Matthew 16:15-17 NIV}

God, in the form of the man Jesus of Nazareth, has come down to earth to reveal who God is.  If we were to return to our analogy of the elephant a few changes to the parable are needed…

Poem: John Godfrey Saxe: The Blind Men and the Elephant